Some recent highlights of the research in our group

Physicists are still puzzled over the exact nature of dark matter. Indirect observations point towards a cold and dark fluid that only interacts gravitationally with the rest of the Universe. Coldness means that in the early Universe, the fluid had a unique velocity at every point in space. During the gravitational collapse of density perturbations, the collisionless fluid starts to overlap and velocity dispersion develops in the collapsed regions forming the cosmic web. In this context, velocity dispersion can be thought of as a direction dependent (anisotropic) temperature which carries information about the formation history.

In Large-scale velocity dispersion and the cosmic web we measure the emergence of this dynamical stress in N-body simulations and use its anisotropic properties to disentangle the individual components (voids, walls, filaments and halos) of the cosmic web. 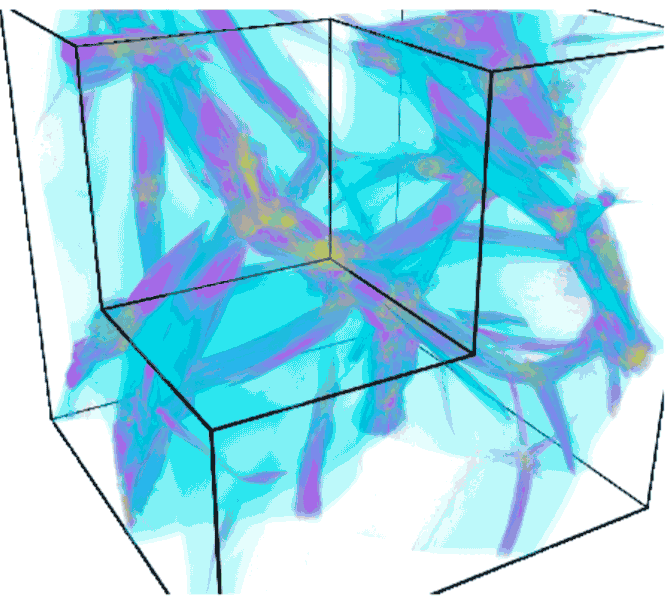 N-body simulations are a powerful tool to study the non-linear dynamics of dark matter halos. However, it has been found that in N-body simulations smaller dark matter halos (subhalos) orbiting in a potential field of a larger halo can be unphysically destroyed due to poor numerical resolutions. In order to study the dynamical evolution of subhalos in a more reliable way, we have performed more than 2,000 N-body simulations of halo mergers with high enough numerical resolutions, covering the vast parameter space, and published the DASH library of the simulation data as well as a machine learned model for the mass evolution of subhalos. The DASH library is described in detail in Ogiya et al. 2019 and freely accessible here. 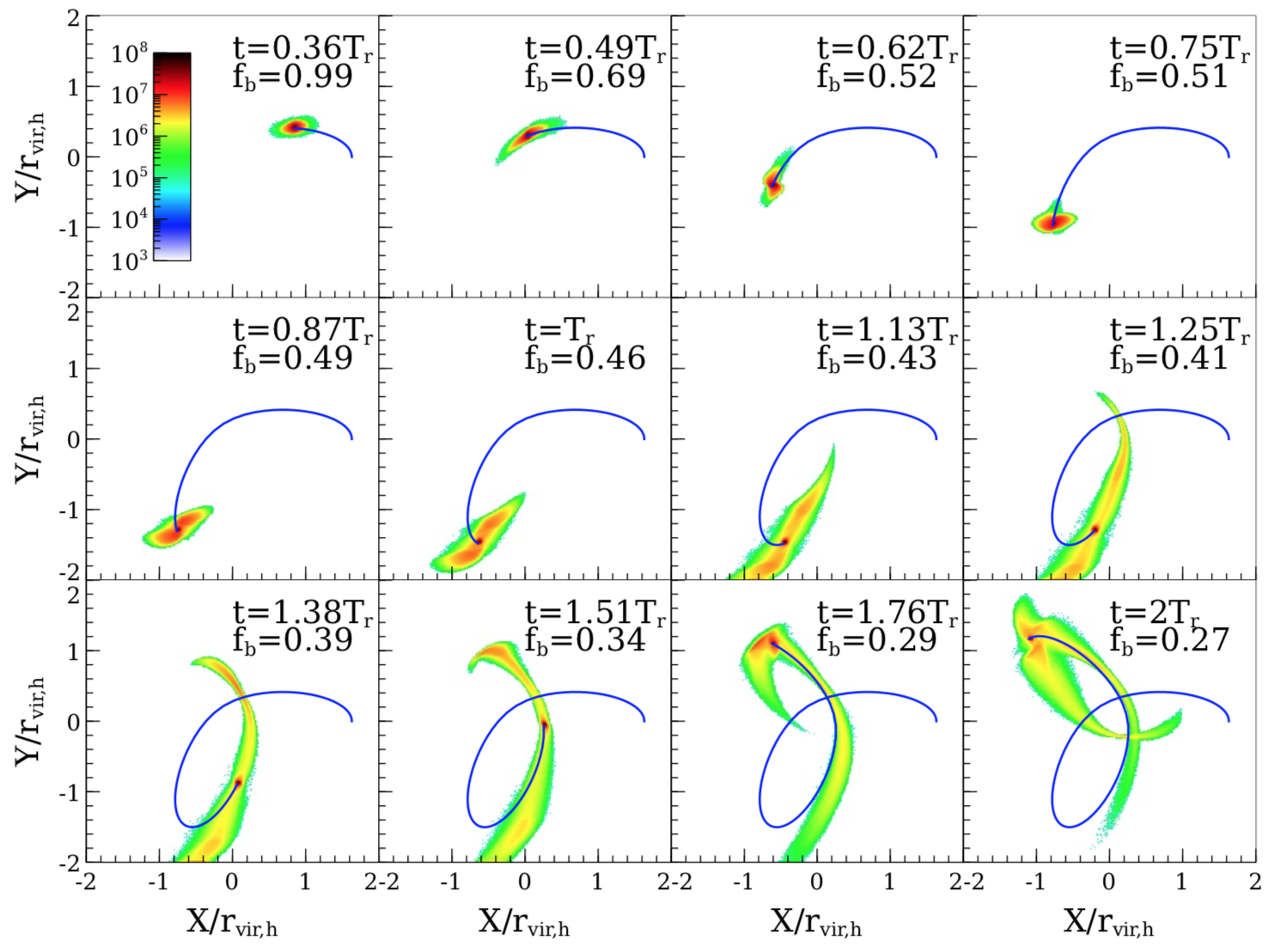 The small meets the large: quantum theory for large-scale structure

Inspired by ideas from quantum mechanics, where a particle can be at many places at the same time, and takes all possible routes between two places, we have developed a new fashion to compute the evolution of the large-scale structure of the Universe. Instead of moving particles, as is done in what we call ‘Lagrangian perturbation theory’, this new theory calculates the probability that matter moved between two places. This approach has several important advantages over the previous way to do these calculations. An interesting analogy between the small and the large is that the locations where matter collapses to form galaxies and clusters corresponds to regions of interference in quantum mechanics.

The paper was published in Physical Review D: Uhlemann, Rampf, Gosenca and Hahn 2019